In support of the British Library’s Turning The Pages project, Paul has completed making the voice-over  recordings of Captain Scott’s final diaries.

The project is now running at the British Library.

Scott’s diaries and sledging orders from the Terra Nova expedition held in the British Library document all aspects of the expedition, including:

The South Pole
On 18 January 1912, Scott was the first British expedition leader to reach the geographic South Pole.

A few miles from the Pole, however, Scott’s party found that a Norwegian expedition led by Roald Amundsen achieved this first. Scott and his four men then faced a 700 mile trek back to the winter base. They still found time to collect scientific specimens. On February 8 they came across an interesting moraine under Mount Buckely, collecting some important fossils.

Yet the men grew weaker and unseasonably foul weather continued. Edgar Evans (Petty Officer, RN) suffered a fatal concussion on February 17. Lawrence Oates (Captain, 6th Inskilling Dragoons), stricken with frostbite, walked to his death in the middle of March. A few days later, Scott, zoologist Edward Wilson and Henry Bowers (Lieutenant, RIM) were caught in a blizzard 120 miles from the base. They perished in their tent only 11 miles from the next supply depot.

The Last Diary
Scott’s last diary documents the most harrowing stage of his return journey from the Pole. By the end of March, Scott recognises that there is no hope of survival.

He commends the spirit of the men. He also considers the legacy of the expedition, which maintained a scientific program throughout. (Scott’s party lugged 35 pounds of geological specimens to their deaths.)  He writes letters to family, friends and a message to the public on the planning and execution of the southern sledging journey.

His final sentence, ‘for God’s sake look after our people’ was reiterated in his message to the nation. Writing the diary remained one of Scott’s priorities to the end. 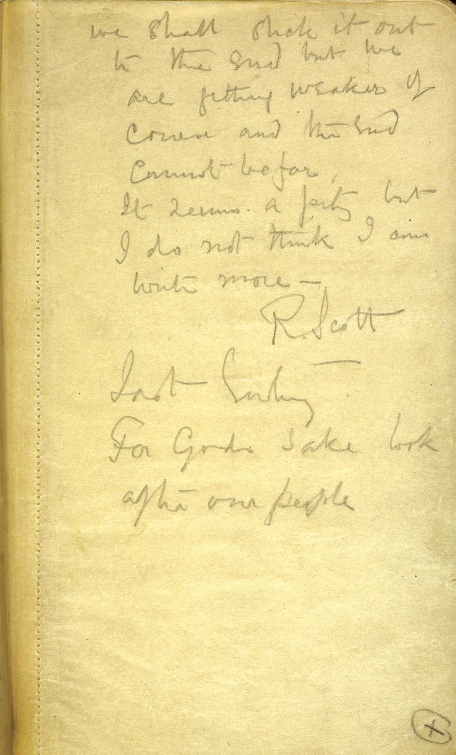 Paul thanks the Scott family for the honour of making this recording. 'It was by any measure, the most personally significant and meaningful voice-over piece I have ever made. Thank you'.

Paul thanks Geraldine Craig and the British Library team for engaging himl in the work and for their hard work in making it happen.

The British Library would like to thank the following for their support of Robert Falcon Scott’s Diaries on Turning the Pages:

The Scott family for their kind permission to reproduce the diaries.
The Nicholas Bacon Charitable Trust for their generous funding of the project.

The transcription of the diaries is by permission of Oxford University Press with excerpts taken from:

Climate projections forecast the total disappearance of summer sea ice in the Arctic by 2040, with the exception of one place: the "last ice area," north of Greenland and Ellesmere Island in Nunavut.
read more

What do we need to know as Arctic development ramps up? Comment on Paul's National Geographic blog.
read more 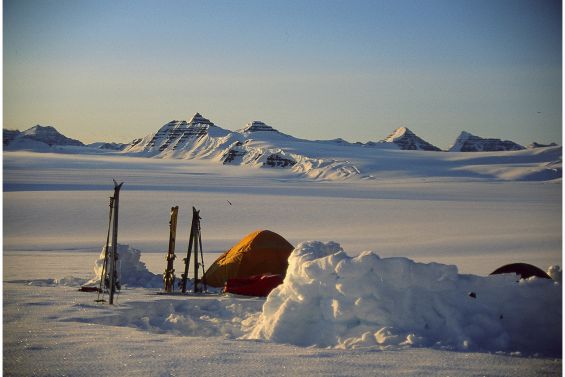