Climate projections forecast the total disappearance of summer sea ice in the Arctic by 2040, with the exception of one place: the "last ice area," north of Greenland and Ellesmere Island in Nunavut. This area will likely harbor the largest concentration of Arctic wildlife that depends on the sea ice edge for survival, including bowhead whales, seals, narwhals, and polar bears. Less sea ice also means the northward expansion of fishing, shipping, mining, and drilling. These emerging threats will affect not only the wildlife but also the Inuit communities that have traditionally relied on these animals for food, dress, shelter, and energy. 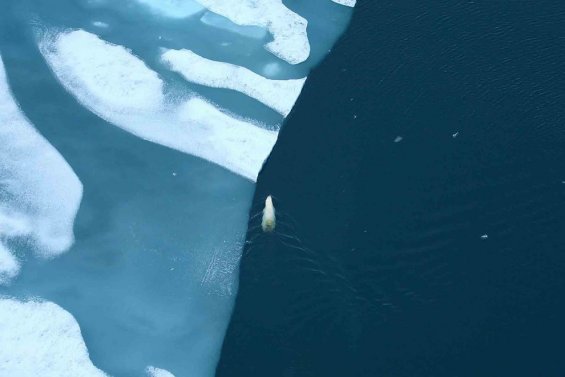 To raise awareness about these dramatic changes in the high Arctic, Pristine Seas has partnered with the World Wildlife Fund Canada and is working closely with Inuit communities to document their stories and traditions. The team aims to evaluate the ways in which Inuit culture is connected to the extraordinary local wildlife—and how the disappearing ice will impact these populations and their relationships with one another. Historic data and imagery found in the archives of National Geographic and others are being used to compare past conditions with current findings.

Pristine Seas conducted two primary expeditions to the region in 2015, filming Arctic wildlife and the traditional way of life of the Inuit and recording local stories and views on the ongoing environmental changes. The first of these expeditions focused on Qaanaaq, one of the most traditional Inuit villages in Greenland. The project's second expedition took place in Canada’s Baffin Island.