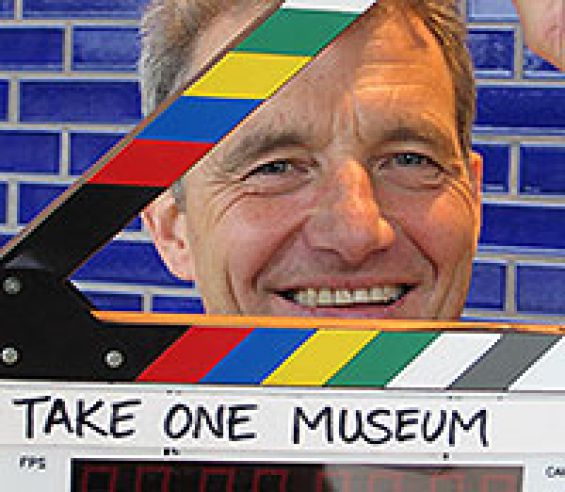 In each programme, explorer Paul Rose takes us on a non-stop, 30-minute tour of one of his favourite museums. In this series, he takes the opportunity to do some exploring closer to home.

And he demonstrates that you don't need to be a globe-trotter to see the world and discover its riches.

In an innovative format, Take One Museum is filmed in real time. First-time presenter Paul relishes the challenge. With no auto cue, no stopping, no fixed script – it is television filmed without the safety net. The reason for filming this way is to show that even if you're short of time, you can still uncover an array of absorbing stories in just half an hour.

Sharing a stunning building, the two museums form a symbiotic pairing of the natural world and human culture. The discovery of dinosaurs was made here, in 1815, and the Museum of Natural History held one of the most explosive debates in modern science – when Darwin first announced his theory of evolution.

The Pitt Rivers Museum is where the study of anthropology started and its original cabinets are overflowing with great stories about human culture. Paul discovers two of his heroes’ treasures – a fragile kayak, symbol of a polar controversy, and the captivating 'power figure' which changed lives in Africa.

This absorbing museum celebrates our understanding of the human body – how people cope when it fails and how they can repair or even improve it. The Hunterian Museum honours John Hunter – the man who, in the 1700s, studied in unprecedented detail how the body actually works and brought about a revolution in medical understanding. On a captivating tour involving toothed chickens, grave-robbers and international statesmen, Paul discovers how world history could have been changed by a bladder stone and the secrets behind Churchill's false teeth.

This is one of the most fascinating and moving museums in the country. It is packed with surprises – from the lavatory that changed the course of submarine history, to the pigeon more effective than the most advanced nuclear sub on the planet. A highlight among the astonishing tales of adventure and struggle against the odds, is the X24 – the only miniature submarine to actually survive its missions in World War II. Paul is an underwater expert himself (he used to train US Navy rescue divers), but he is left in no doubt that submariners are the true unsung heroes of the ocean – battling both the elements and the enemy under extreme pressure.

Since Bradford was the first place outside London to receive TV pictures, it is fitting that it's now home to the National Museum of Photography, Film & Television. The museum houses 3 million photos, covering events since photography began, and unique equipment, including the first TV camera in the world. On a remarkable tour from Victorian seaside charm to Bohemian Rhapsody, Paul discovers the very first photograph and reveals its surprising origins – the hurt pride of a man whose wife was better at drawing than him.

Museum of Science and Industry, Manchester

Home to eminent scientists like Joule, Rutherford and Dalton, Manchester lays claim to splitting the atom and being the birthplace of electricity, powered machinery, the railway network and standardised time. The Museum of Science and Industry in Manchester proudly displays it all, in buildings that are themselves equally as interesting, including the oldest passenger railway station in the world. Paul also reveals the human stories that made our world what it is today – including the man who experimented on his servants and proved the most fundamental law of nature.

Orkney boasts an exciting and significant cultural heritage that belies its apparent remoteness. Artefacts in the Stromness Museum tell the compelling story of John Rae, the country's best polar explorer, who became embroiled in controversy and was spitefully wiped from history.

Exploring Orkney's unique treasures, Paul uncovers how an extraordinary 5,000-year-old village called Skara Brae is a window onto how we all lived in the past, and why parts of the World War I German fleet are now orbiting the Earth above us.