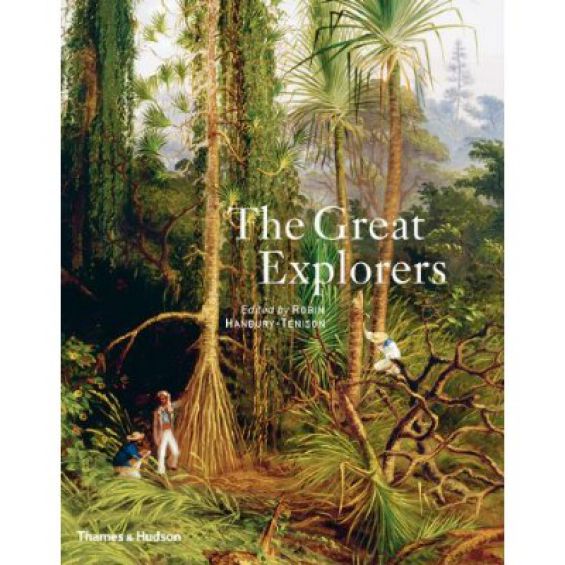 Paul is the author of the Ferdinand Magellan and Alexander von Humboldt chapters of this stunning new book.

Ferdinand Magellan attempted the ultimate ground-truthing project. For his expedition was the first to prove that the earth is round and that the earth’s circumference is just over 40,000 km. His map was 11,000 km short as it missed out most of the Pacific.

"The church says the earth is flat, but I know it is round, for I have seen the shadow on the moon, and I have more faith in a shadow than a church".

“Most versed in nautical charts, he knew better than any other the true art of navigation, of which it is certain proof that he by his genius, and his intrepidity, without anyone having given him the example, how to attempt the circuit of the globe which he had almost completed. The glory of Magellan will survive him”

Alexander von Humboldt was an heroic traveller and pioneering scientist. Not only a Great Explorer, but he really did earn the title of being the last great universal man!

"I am more and more convinced that our happiness depends more on how we meet the events in our lives, than on those events themselves".

“He was the greatest travelling scientist who has ever lived. I have always admired him, now I worship him”.

“You have been studying Botanics? Just like my wife!”

This book profiles forty of the worlds greatest explorers, from Europe, America, Asia and Australia. These are the men and women who changed our perception of the world through their courageous explorations, opening our eyes to the physical, natural and historical wealth around us. Under the aegis of Robin Hanbury-Tenison, hailed by the Sunday Times as the greatest explorer of the past twenty years, an international team of distinguished travel writers, broadcasters and historians describes these great explorers lives, motives and passions in a series of penetrating biographies, illustrated throughout with beautiful paintings, photographs, engravings and maps.

'A monumental tome that's a genuine contribution to modern thinking about the nature of exploration ... the essays are first class ... nigh-on perfect'
--Bookdealer

'The emphasis is on adventure and on historical context: this collection really is beautifully illustrated but, no coffee-table book, it's written to be read'
--The Scotsman

'A feast ... informative but not tedious ... a delight to dip into' --Shetland Times

'An intelligent quest into uncharted worlds'
--The Oxford Times